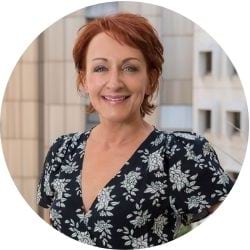 This is a ground-breaking role and one that the Victorian Government is extremely proud of. As Commissioner, Dr Vincent will be responsible for overseeing implementation of the Gender Equality Act 2020 and play a key leadership role in promoting gender equality in the Victorian community and workplaces.

Dr Vincent has a wealth of experience in gender equality and organisational leadership. This includes most recently serving as the South Australian Commissioner for Equal Opportunity since May 2016. In this role, Dr Vincent was responsible for the general administration of the Equal Opportunity Act 1984 (SA).

In her capacity as Equal Opportunity Commissioner, Niki has Chaired the Australian Council of Human Rights Authorities (ACHRA), served on the national management committee of Play by the Rules, and was a member of the SA/NT Advisory Council for the Committee for Economic Development of Australia (CEDA). She holds an appointment as an Adjunct Associate Professor in UniSA’s Business School. In addition, she is an active ambassador for Time for Kids – a respite foster care organisation.

Prior to her appointment as Equal Opportunity Commissioner, Niki held the position of CEO of the Leaders Institute of SA (a sister organisation of Leadership Victoria) as well as a concurrent appointment as a member of the SA Remuneration Tribunal. She has also led major programs of research in previous roles and has established and run two successful not-for-profit organisations.

A mother of four adult children, Niki has also been a weekend respite foster mum for almost five years. She spends her sparse free time with her partner, family and friends, hiking, seeing films, listening to Radio National podcasts and a variety of music, gardening, doing yoga and camping in remote places.